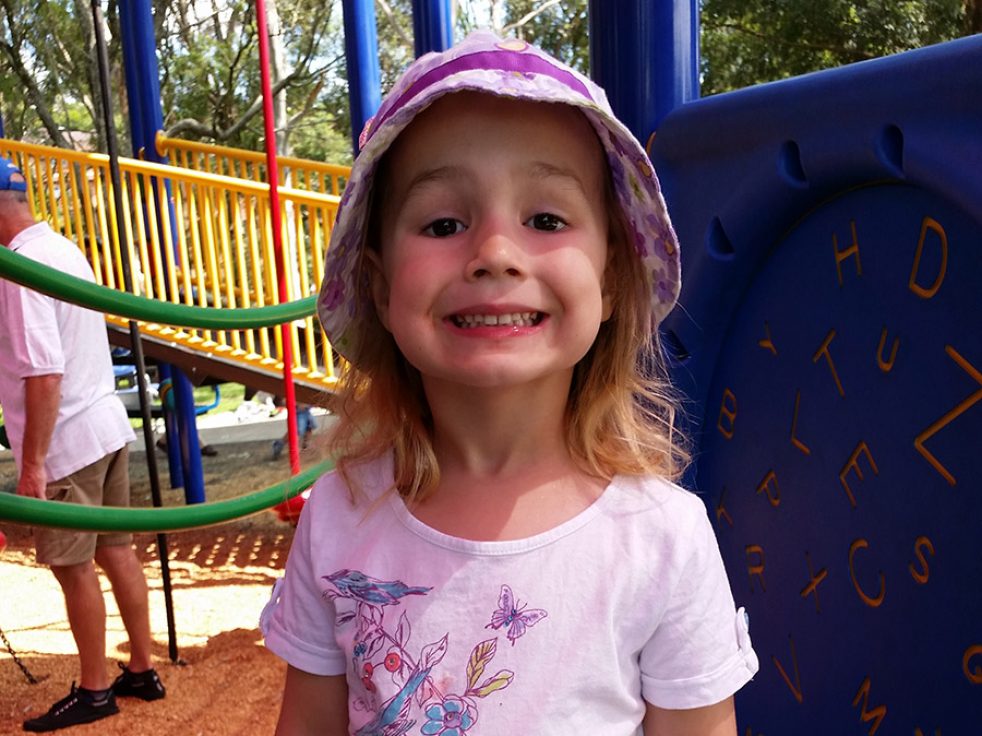 In September 2015 Adelyn developed spots on her knuckles. The doctor was unsure what it was so prescribed antibiotics, which had no effect.  The second doctor was certain that the spots were warts and suggested we either freeze them off or leave them and they will eventually go away. We chose to leave them as Adelyn was only three years old and her fingers were so small we didn’t want to freeze them.

One day we went to play mini golf and noticed Adelyn did not want to bend over to pick up her golf ball. She would use poles or statues to help her get up and down and she was moving on her knees to the ball.

About 3 months later we noticed Adelyn’s leg muscles were weak, she complained about walking and always wanted to be carried or pushed in the stroller. She would always ask to be carried up and down the stairs at home, which we thought was just for attention.

One day we went to play mini golf and noticed Adelyn did not want to bend over to pick up her golf ball. She would use poles or statues to help her get up and down and she was moving on her knees to the ball. We soon realised that she could not get herself up off the ground without assistance. We began to think about how she has been not wanting to walk anywhere, she used the furniture to help her up off the floor, she wanted to lie down a lot and struggled to sit up without leaning on something or someone.

She had also been falling over a lot which we noticed was because she couldn’t lift her feet up properly.

The doctor was not sure what the cause of the muscle weakness was so referred us to Dr. Chaitow. When I started describing what Adelyn was going through, Dr. Chaitow knew what it was. He looked at her knuckles and finger nails and said “These are Gottron’s Papules, Adelyn has Juvenile Dermatomyositis (JDM)”.

I didn’t understand a thing he said, apart from “you need to take her straight to The Children’s Hospital at Westmead for some tests”. He printed out some information about JDM and told me to read it while I’m there, he phoned the hospital to tell them we were coming. We went to the car, I called my husband in tears. I had never heard of Juvenile Dermatomyositis and I couldn’t even pronounce it. What was happening to my little girl? and what was going to happen next? 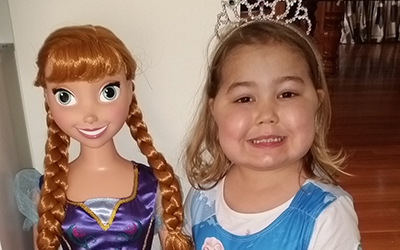 The hospital staff were all helpful and comforting and I knew Dr Chaitow would look after Adelyn. After blood tests and an MRI it was confirmed that Adelyn had JDM. It was such a rare disease that not many of the nurses had heard of it. She started taking Prednisone, Methotrexate, and Folic Acid and started seeing a dietician, and physiotherapist regularly.

We initially had lots of visits to the hospital for appointments, and blood tests. She had a repeat MRI, and a bone scan. It was a very difficult time. 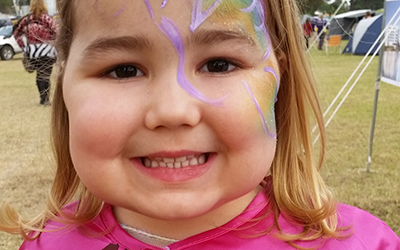 The prednisone increased Adelyn’s appetite significantly and she put on a lot of weight. It also affected her sleep, making it hard to fall asleep, and waking her several times a night. However, it did stop her immune system attack and helped her to regain muscle movement.

Her calf muscles had shortened and she had to wear a splint to bed for a while which helped to stop the shortening. Daily stretches helped to stretch the muscles back to what is close to normal. 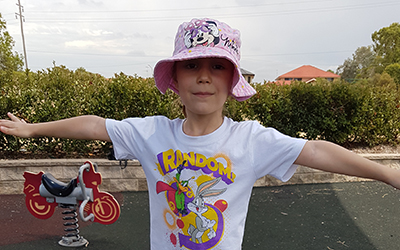 After a few months on the medication Adelyn was feeling less pain and was moving normally again, she was just twice the size.

The appointments started occurring less often and the amount of Prednisone started to be decreased. 18 months later she was weaned off the Prednisone but still taking Methotrexate. Her weight had dropped back down to normal.

In October 2016 we attended the first Australian Conference for Juvenile Myositis in Wollongong. It was great to meet other children and families that were going through the same thing as us. The disease can be so variable that some kids have it for longer than others, and some need different medication, and they can also have different triggers that cause it to flare. It seemed that a lot of the kid’s triggers was exposure to the sun. They were all in long sleeves, hats, and covered in sun cream.

In April 2017 Adelyn was diagnosed with Coeliac Disease. She had a large belly, and often had stomach pain and soft poos. Like JDM it’s another autoimmune disease. She is now on a strict Gluten free diet to control the Coeliac Disease.

After 2 years, the  Methotrexate was stopped. We now have to look out for flares and be prepared to start the medication again if the symptoms return. I keep checking her fingers for Gottron’s Papules, and watching her movement for signs of JDM. 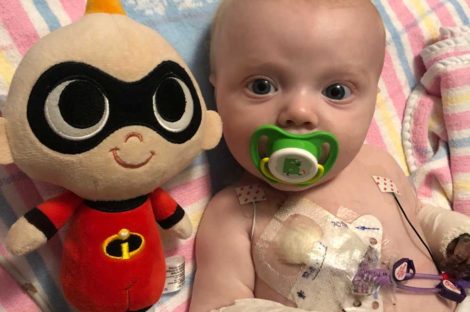